Lesley Hughes, our Chief Operating Officer, has given her story in celebration of International Women's Day:

“I don’t know what I would be if I didn’t work in textiles. Textiles, in all forms, has always been my first love.  From sitting as a young girl knitting and sewing with my mother, to making my own outfits for a night out as a teenager or a change of clothes for sixth form (making friends envious that I could knock up a new top and skirt overnight), to working behind the scenes in youth theatre productions to make costumes. I knew that I wanted to do something in textiles – but I did not know what, and the majority of people told me textiles was a dying industry and to find a different industry to work in. In high school I had a dream of owning my own business; I imagined it would be a small haberdashery run and owned by me with a couple of friends as staff. As I grew older this dream was soon forgotten. I took up my studies at Leeds University in Textile Management.  And yes, there were lots of jokes from friends that I was learning how to boss around pieces of fabric!

I enjoyed every aspect of my textile course, except for one thing: textile testing. Oh, it bored me. On Wednesday afternoon’s all the other students had the afternoon off, but for me and my fellow classmates we were in a conditioned laboratory learning about drape, softness, handle and other fabric qualities. I swore then how I would NEVER go into textile testing.

Following University, I took up work in fashion retail – but it wasn’t for me; to my surprise I successfully secured the position of Laboratory Technician doing that one thing I swore I would never do! But I really liked it and after a few years I progressed through the ranks, successfully helping to gain accreditation for the laboratory, and training many staff and implementing lots of new procedures over the five years I was there. But I desired to move back closer to home, but also find a job that would challenge me and where I could make a difference.  And so, I found BTTG® – everyone told me to jump ship, because it was in a bad way financially and it would soon close.  It is true I was the first recruit following a huge restructuring exercise, and that made my appointment a little uncomfortable for some staff, but I was brought in to bring my knowledge of a commercial laboratory and to help turn the fortunes of BTTG® around. It wasn’t long before I secured some reasonably large orders for testing and built a loyal and expanding group of clients. I really enjoyed the interaction with clients, the building of the business, learning the tests and more about the technical fabrics, and then I moved from technical textiles into geosynthetic fabrics. This was no industry for girls – it involved big and heavy and often dirty fabrics, used for lining landfill sites and reinforcing earthworks but it was so interesting.  It was a man’s world.  Dealing with contractors on site and surveyors in the offices – I learned to do some fast talking and to stand firm under pressure. But it wasn’t until I started to attend conferences that I really noticed just how much of a man’s world it was: myself and my manager were the only two women in a hall of 200 people! I loved it though and worked this to our advantage: everyone knew the lab’ run by the two women, and we were easy to seek out in the room.  Eventually though I had reached a ceiling in my career and could progress no further, and so I managed to move into other areas of the business such as managing the fire laboratory where we carried out fire testing of firefighter’s uniforms, racing drivers suits and garments for the foundry industry. My first day on site at the laboratory I said, “Well this could do with a woman’s touch”. I brought in some changes amid plenty of resistance from the male workforce, but those changes stayed. And we now have several female technicians in the team and it is headed up by a female manager. It really did challenge the older technicians as to what work a female technician could and could not do! 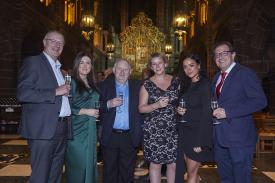 As my career developed so too did my family, and as many successful women before me, I chartered the familiar waters of maternity leave, returning part-time and re-igniting my career prospects. I have to say it was not easy: there was pressure from friends and family to stay at home, “baby comes first”, but I also felt pressure to be at work – meetings always seemed to take place on the days I wasn’t in, some staff in similar senior positions to me actively sought to keep me out of the loop to prevent my influence and development, and some well-meaning senior managers and some of the old boys network told me “Don’t forget to get the work balance right, you need to look after the young family” while they actively congratulated male co-workers for their successes, encouraging them to further their careers despite them also having a young family.

I did not let this stop me. In fact, it fuelled my hunger and desire to do better, to show them that I could be a successful businesswoman while also enjoying my young family. With my newfound confidence from all the new experiences a young family brings, and with the support of family, and the support of my mentor, I was able to re-establish my position in the company and took on challenge after challenge.  Sure, there were days when I thought it was all too much, that maybe women really couldn’t have it all, but those were the days when I relied on the strength of others to carry me and rally for me. I learnt a lot in the early days post maternity leave as my career quickly escalated from managing just me and my department of one to managing the international offices: those days of self-doubt, of standing in a room full of men ready for me to lead the meeting only to find it easier to offer to make drinks for all at the meeting (because that is what we women do!). 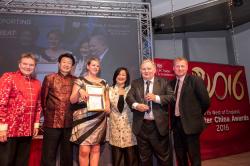 It took several long conversations with my number one supporter at work for HIM to tell me where I was going wrong: I needed to put myself forward, step out of the comfort zone, play the men at their own game, speak with confidence.  I learnt too that as a woman in a room filled with men I would often be assumed to be the secretary, or the assistant to the Managing Director, or I would be deliberately quizzed on my knowledge and skills while others chatted about football, and when travelling with my MD I lost count of the times that I was presumed to be his wife because I was lucky enough to be accompanying a man in business class.

“These are the misconceptions that #International Women’s Day is to challenge.  Women have an equal right to be present and to be treated equally.  In the Western world we are well on the way to changing perceptions but there is still much to do, and in less developed countries there is an even greater need to challenge.  I have experienced first-hand how men will avoid looking at me, blank me and refuse to shake my hand because of my gender.”

As a woman in business, we sometimes have to stand back and appreciate the path we have travelled and the challenges we have overcome.  We have not got here by accident or because someone gave us a leg up, we have worked hard; we deserve and we should demand to be treated equally.  We need to appreciate ourselves and recognise that we have become leaders and role models for the younger generation. To shake off the imposter syndrome that can, on some days, paralyse.

And what of my dream as a teenager to own my own business?  Well, I did it.  The business is not a small shop and it is not all my own, but I am Chief Operating Officer and hold a significant shareholding in a multinational (textile testing!) company, that recognises women as equals to men and pushes ALL to be the best versions of themselves regardless of gender.  To all who helped me on the way up, and to all who keep me there: My everlasting thanks and gratitude.” 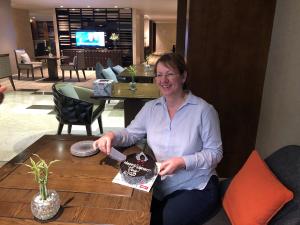