BTTG® has teamed up with The Royal Society for Chemistry to ask the public to help solve the mystery of a missing plaque commemorating two Nobel prize-winning chemists.

Dr Archer John Porter Martin and Dr Richard Laurence Millington Synge were both employees at BTTG’s Torridon laboratories on Headingley Lane, then known as Wool Industries Research Association (WIRA), between 1940 and 1943 where their research led to the development of partition chromatography. It was for this work that they were jointly awarded the Nobel Prize for Chemistry in 1952.

In 2001 the Royal Society for Chemistry commemorated the pair’s achievement as part of its prestigious Chemical Landmark Scheme, which seeks to recognise valuable contributions to chemical science. To mark the work undertaken by Dr Martin and Dr Synge, a plaque was placed on the site of the former WIRA offices and laboratories on Headingley Lane, which by then had become home to Bass Brewery PLC.

Following the sale of the site and its subsequent redevelopment, the plaque has been lost.

The inscription on the plaque reads: “Close to this site, in the Torridon Laboratories of the Wool Industries Research Association between 1940 and 1943, Dr Archer John Porter Martin and Dr Richard Laurence Millington Synge developed the technique of partition chromatography. Originally developed for the separation of amino acids from wool proteins, the technique became the basis for future widespread chromatographic analysis in research and development in many branches of chemistry. Drs Martin and Synge were jointly awarded the Nobel Prize for Chemistry in 1952 for this research.”

BTTG® Chief Operating Office Lesley Hughes comments, “Martin and Synge’s work was originally focused on the analysis of wool and the textile industry. However, their discoveries went on to have a far-reaching effect in other areas, too. Our understanding of medically important proteins, such as insulin, would not have advanced in the way it did without their work. They also helped to reveal the secret of how DNA carries genetic information.

“At BTTG® we have had many scientists whose research has been ground-breaking. None more so than Dr Martin and Dr Synge. We want to celebrate their work so it can inspire current and future scientists, not just chemists, but those across all scientific fields.”

*UPDATE* We weren’t the only ones keen to see the work of Drs Martin and Synge recognised. In June 2019, the Leeds Philosophical and Literary Society (LPLS) installed a plaque at the Headingley Lane site of the former Torridon laboratory. The plaque was unveiled by LPLS president, Chris Hatton, who announced that Dr Kersten Hall, a former molecular biologist in the School of Medicine at the University of Leeds, would explore the life and work of Dr Martin and Dr Synge. 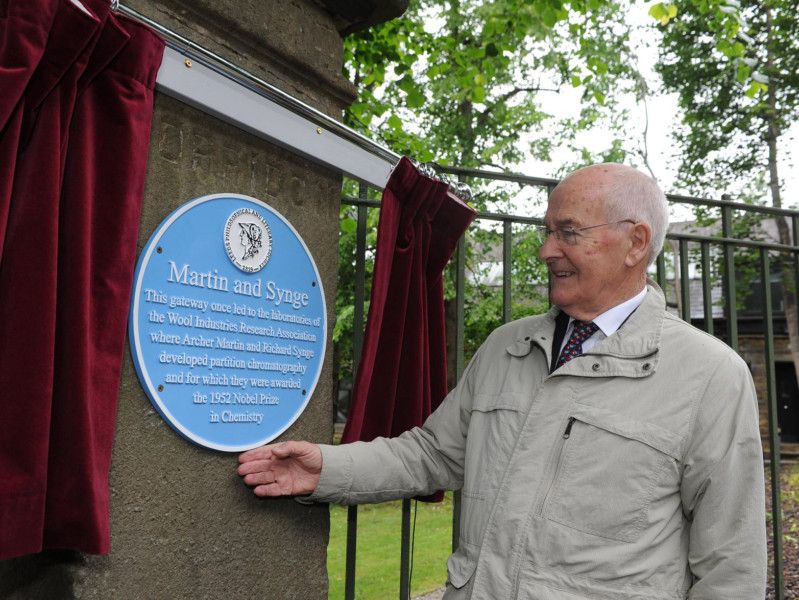