Dr Tony Sagar joined the Shirley Institute in Manchester, UK in 1978 after graduating from St. Andrews University with a PhD in Synthetic Organic Chemistry, sponsored by ICI Fibres. There was a family history of connections with The Shirley Institute, with both his mother and father working for the company at various times. His father joined Shirley as a result of the merger of the British Cotton Industry Research Association with the British Rayon Research Association in 1961, which was a return home after having worked there earlier in his career. He rose to be head of the Technical Services department and later Technical Director. 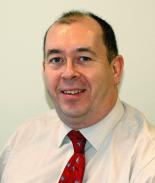 In 1988 the British Textile Technology Group (BTTG) was formed by the merger of Shirley Institute and WIRA and Tony took over the Materials Science Group in the new organisation, covering research and chemical testing of textile products and auxiliaries. Tony has held a keen interest in ecological testing, certification and labelling of textiles since 1994 when he was instrumental in BTTG becoming a member of the Oeko-Tex® Association. In 2003 Tony became General Manager of Shirley Technologies Limited, a wholly owned subsidiary of BTTG Ltd. The activities of Shirley cover chemical, microbiological, physical and environmental testing, related to textiles. Following the management buyout of British Textile Technology Group in 2010, Tony became Technical Director with group-wide responsibilities, picking up Health & Safety, Quality and IT along the way.

Tony is an active participant in many international standards activities in ISO and CEN and monitors developments in European legislation for the company. He chairs the UK mirror committee for Chemical Testing of Textiles and that for Co-ordination of Textiles in the UK. He is a member of several CEN working groups within TC248, e.g. Prioritisation of research topics; Test methods for analysis of EC restricted substances (Convenor); Quantitative analysis of fibre mixtures; Smart textiles. He is also the liaison between TC248 and TC309 (Footwear) and TC347 (Methods for analysis of allergens) and a member of TC382 (PFOS). In ISO/TC38 he is a member of SC23 (Fibres & Yarns), SC24 (Conditioning Atmospheres and Physical Tests for Fabrics), WG22 (Composition and chemical testing), WG23 (Testing methods for antimicrobial activity and odour) and WG27 (Fabric properties relating to moisture). He also acts as a technical expert for the UK Government on naming and labelling of textiles.

In 2016 Tony was appointed as Chair of the CEN TC248 committee dealing with Textiles and Textile Products.

In June 2017 Tony reached the age of 65 and decided to cut down on the hours he works. His new responsibilities still involve the Oeko-Tex® General Manager position for Shirley and also Standards activities, which in time he will pass on to other staff. He will also take on the role of Chief Chemist, to support the chemistry laboratory, and fulfil a role of technical expert. He will be forming a Science Committee to provide oversight of the work of the company.